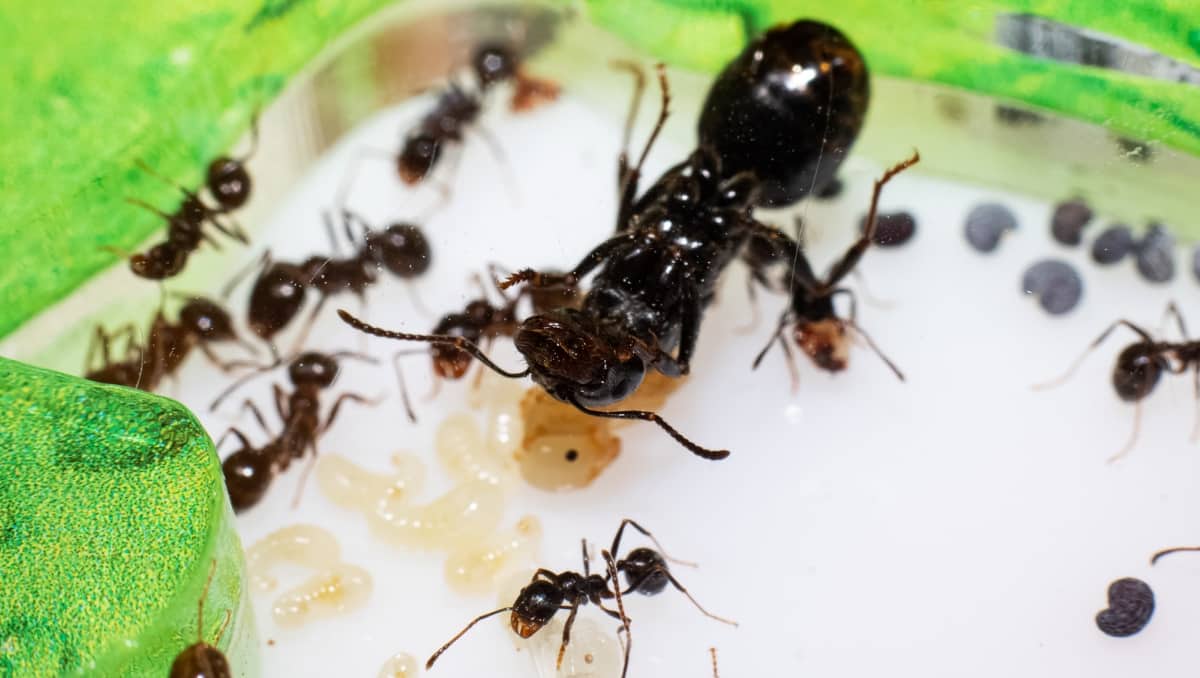 A queen ant is the reproductive female of an ant colony. All worker ants and most male ants are sterile. A small number of male ants, called drones, exist solely to mate with the queen. The primary purpose of a queen ant is to lay eggs.

How long does a queen ant live?

Queen ants can live for several years, although their lifespan is highly variable. Some queen ants have been known to live for over 20 years. However, most queen ants only live for 2-5 years. This variation is due to a number of factors such as colony size, food availability, and weather conditions.

A typical queen can live for several years and produce millions of offspring during her lifetime. When a new colony is established, the first generation of workers will be smaller than subsequent generations. This is because the newly hatched workers have not yet reached their full size or potential.

As the colony grows, so does the size of the workers. Once the colony reaches a certain size, it will begin to produce drones. The drones exist solely for reproduction and do not participate in colony activities such as foraging or nest maintenance.

What happens when a queen ant dies?

When a queen ant dies, the colony she was leading will soon die off as well. This is because the queen ant is responsible for reproduction in the colony, and without her, there will be no new ants to replace those that die. Additionally, the queen ant typically controls many of the other functions of the colony, such as food gathering and nest maintenance. Without a queen to keep things organized, the colony will quickly start to fall apart. Therefore, it is important to protect queen ants from predators and other threats.

In other cases, the colony will select one of the workers to replace her. This worker will then undergo a physiological change that allows her to lay eggs. In some species, multiple queens may exist within a single colony. This can happen if the original queen dies and is replaced by a worker, or if the colony splits into two separate colonies.

How big is a queen ant?

The queen ant is the largest member of the ant colony. She can be up to 10 times larger than a worker ant and up to 100 times larger than a drone. Queen ants have wings but they are typically lost after their first mating flight. A queen ant’s body is designed for egg production. She has a large abdomen that contains her ovaries and oviducts.

A queen ant typically lays between 1,000 and 1,500 eggs per day. The eggs are stored in the queen’s abdomen until they are ready to hatch. When the eggs hatch, the larvae are born blind and helpless. They are cared for by the workers until they emerge from their cocoons as adults.

2 thoughts on “All about Queen Ant | Size, Lifespan”